skip to main | skip to sidebar


By way of explanation...
The following principles and structures --which are largely inspired by discussions and meetings about what form will the new bookstore will take-- are motivated by the ideas of (1) a confederative, decentralised management shared primarily between the distributor groups in the AEELI;  (2) that in many of its details, the orientation document presented at the last General Assembly [May 22, 2004] would be submitted to the reading and rewriting of the distributor groups; (3) that the bookstore project as well as its management structure will ultimately be answerable to the AEELI and to the distributor groups, and so will not be autonomous from the AEELI; (4) that the bookstore will be able to accept anarchists that are not members of the AEELI.
General principles of the new bookstore
In accordance with one of the important [priority] missions of the AEELI, we propose to create a bookstore that reflects the positions and concerns of the anarchist movement in Montreal as much as possible. We also propose that this bookstore reflects the linguistic composition of the city and that the majority of the titles and publications be in French.
In accordance with a confederal model, the distributor groups present in the AEELI, as well as individuals that participate in the daily management of this bookstore, will have the task of defining more specifically the bookstore's contents.
In a general manner, we propose:
•       that an important space be made for local distributors and publishers, and that these be prominently displayed;
•       that more than a majority of the titles and publications are specifically anarchist;
•       that the non-anarchist minority content be present according to the links existing between these ideas and struggles and anarchism;
To start, we will set up this bookstore with some of the resources of Montreal's anarchist movement, which includes the AEELI building and the Montreal (anarchist) Distribution groups' material.
Structure of the new bookstore
The anarchist bookstore will be an intermediary between distributors and anarchist publishers on one hand, and on the other, those who will frequent the bookstore; thus it will not be held or managed by an autonomous distribution collective. Politically, it will be answerable to the anarchist distributors and to the anarchist milieu which frequents the bookstore;
Management that is confederal and by committee
1.0 - The management of the anarchist bookstore will be done confederally by the groups and individual distributors already present in the AEELI;
1.1 - A committee will be formed by these distributors in order to manage all the tasks which require close coordination or are difficult to decentralise;
1.2 - The anarchist bookstore will be self-managed by this committee which will be mandated by the assembly of the AEELI;
1.3 - This committee will be responsible to the assembly of the AEELI and will periodically present a report of its activities;
Texts
2.0 - According to their criteria, the distributors and/or the committee will choose the texts to be distributed in the bookstore;
2.1 - By the agreement of two thirds of the committee, and if necessary, 2/3 of the members of the AEELI, the presence of a text or any other distribution material may be refused; however, in the event of a refusal, written explanations that are adopted by the committee or the assembly of the AEELI will have to be provided upon request;
Members
3.0 - This committee will be able accept individuals who are neither members of the AEELI, nor members of the distribution groups and who may wish to participate in the bookstore;
3.1 - Interviews with potential members will be announced and open to any member of the distribution groups as well as any member of the AEELI. If more than the majority of the distributors oppose the acceptance of the candidate, or if more than the majority of the AEELI members are opposed, the candidate in question will be refused.
3.2 - Groups or individuals of the AEELI or the bookstore committee who refuse a candidate will need to provide a written explanation of their refusal as quickly as possible. The groups and individuals will also need to identify themselves in the explanation.
4.0 Once a year, the bookstore will organize a distribution event outside of Montreal. 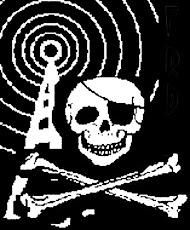 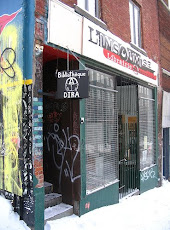 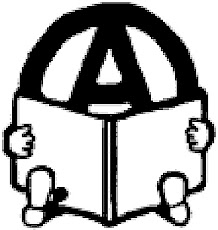